The Business Benefits of Outsourcing Services in Philippines

Outsourcing has been around from more than two decades, but it is mainly in the past decade that the Philippines has come to the party and shown phenomenal growth in this industry. It has become one of the top outsourcing destinations in the world, owing to the combination of its highly qualified and cost-competitive workforce and strong government support for investment in outsourcing.

Eight Years of Growth as an Outsourcing Destination

In 2011, the outsourcing industry employed more than 630,000 Filipinos and generated over $11 billion. The Philippine IT-BPO Road Map 2011-2016 included projections that the industry would grow to employ 1.3 million workers and generate $25 billion in annual revenue by 2016.

While growth in the Philippines BPO sector was not quite as aggressive as those projections suggested, it was healthy nonetheless, with the employed headcount reaching 1 million, and revenue hitting $22.9 billion in 2016.

Since then, in the face of the United States’ increasing levels of protectionism; instability in the Philippines’ southern region of Mindanao, political uncertainties, and perhaps also the growth in AI-driven process automation, outsourcing services in Philippines locations have continued to grow in popularity, but at a somewhat slower pace.

The Last Two Years: Adapting to a Changing World

In 2017, the BPO industry grew by a further 12.3%, and the workforce numbered some 1.15 million. At that point, experts speculated that the sector was plateauing, and indeed, BPO growth in 2018 fell below roadmap targets, with the number of employees at 1.24 million and the market’s dollar value at around $24 billion.

Latest predictions are for a resurgence, but maybe not with the same momentum that the country saw in the first ha;f of the decade 2009 to 2019.

While the Philippines is today the world leader in voice-based business services (call centres), there are approximately 25 different sectors represented in its information technology and shared services sector, and increasingly these sectors represent knowledge-based, non-voice services.

More than one-third of the industry is engaged in delivering complex services, and this is an area in which higher growth is expected, as BPOs respond to the rise of automation by building expertise in fintech, engineering, accounting, and legal process outsourcing.

Promoting the Philippines as a Brand

In addition to supporting the Road Map, the Philippine government is building the country brand to encourage investment through increased visibility. In May 2012 this initiative received a significant boost when Manila hosted the Asian Development Bank’s biggest-ever annual Board of Governors meeting, with 5,300 participants.

The top executives, ministers, and bankers who attended the meeting were more than one thousand over the number targeted. The event was a unique opportunity for the Philippines to showcase its public-private partnerships, its tourism industry, Filipino arts and culture, and world-class services. 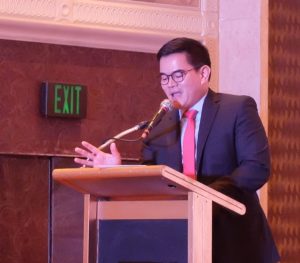 Image: Benedict Hernandez, former President of the IBPAP and now Chairman of the Contact Center Association of the Philippines.

Commenting on the US Senate’s rejection of an anti-outsourcing bill back in 2012, Benedict Hernandez, then President of the Business Processing Association of the Philippines (BPAP), said:

Spreading the Beneficial Impact of Outsourcing

Ever a prominent figure in the promotion of Philippines BPO development, Hernandez has continued to espouse the benefits of outsourcing services in Philippines cities, and more recently, in the country’s rural areas too. He spoke at the International Outsourcing Summit in Manila, 7 – 9 October 2012, which focused on how developments in technology and public policy could create new opportunities for the business process outsourcing industry in the Philippines.

He has been involved in spreading the workload across the Philippines to provide gainful employment for people living provincially, who are sorely in need of such investments and represent huge pools of dedicated talent.

In the early days, almost all of the BPO industry was based in the country’s capital, Manila, but this is changing, thanks to the efforts of Hernandez and other actors in the “impact sourcing” initiative bringing back-office, contact center, and other offshoring activities to the provinces.

Political Support for the Outsourcing Industry

Government schemes to support outsourcing in the Philippines include incentives offered by the Board of Investments (BOI) and the Philippine Export Zones Authority (PEZA).

Board of Investments Incentives

Incentives provided by PEZA include:

Together with strategies by the Department of Education (DepEd) of the Philippines to improve education and training and produce more graduates for the labour market, these aggressive government incentives are strengthening the Philippines’ position as a value destination for investors.

Outsourcing to the Philippines: Client Benefits

While the Philippines’ ascendency as the world’s outsourcing capital has done much to boost the nation’s economy and deliver better jobs and working conditions to the people, it would not be possible if clients had no particular reason to choose the country as an offshoring platform.

So what are the benefits that companies receive when outsourcing business processes to the Philippines, and that compel them to choose this country over others such as India?

In the main, it’s all about the Filipino people. For example, until the United States’ recognition of Philippines independence in 1946, the islands had a long history of governance by Western powers, instilling a culture aligned closely with those of Europe, Australia, and North America. The affinity is still influential today, making it easy for Filipino professionals to fit seamlessly into the teams of Western companies.

English is one of the official languages in the Philippines and is spoken with a mild, neutral accent, meaning Filipinos have no problem assimilating the knowledge they receive during training and are as comfortable working in contact roles as they are in back-office process execution.

For clients and their customers, especially those located in the United States and Canada, it is easy to forget, or even be unaware that an overseas organization is handling contact activities.

Finally, there is a real cost-benefit to companies that outsource to the Philippines, due to the low labour and land costs existing in the country. Of course, over time, these expenses can be expected to rise in line with industry growth, but it’s likely to be a slow change, ensuring that clients continue to enjoy economic value for some years to come.

Learn How Your Business Can Benefit from Outsourced Talent

If you’d like to learn more about outsourcing to the Philippines, and see how even small businesses can benefit from the highly skilled, low-cost, pool of talent available for outsourced process management and execution, you’ll find plenty of videos like this one—discussing the difference between salaries in the Philippines and Western nations—over on our YouTube channel.

After a recent upgrade to the channel, we’re now adding a new video every week, each filled with productivity and cost-saving tips, along with guidance for growing your business with help from outsourced talent in the Philippines.

Editor’s Note: We first published this post in October 2012 under the title “The Benefits of Outsourcing in the Philippines.” It has since been updated and expanded to provide more current and detailed information. 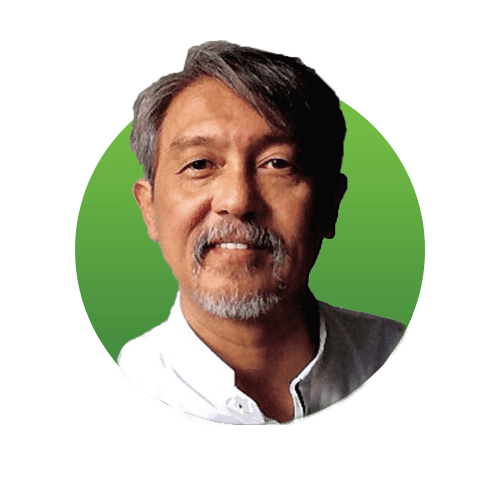 Virtual Done Well is managed on a day to day basis by an experienced Filipino management team supported by our Australian Directors. We provide business support services to mainly US and Australian SME's (Small & Medium Enterprises) Prices are kept low to make the services highly competitive. And our small profits are used for Community and Environmental projects.

Register As A Sponsor

Yes Please! I want to get my life back!

Give me instant access to this video series on Successful Outsourcing!